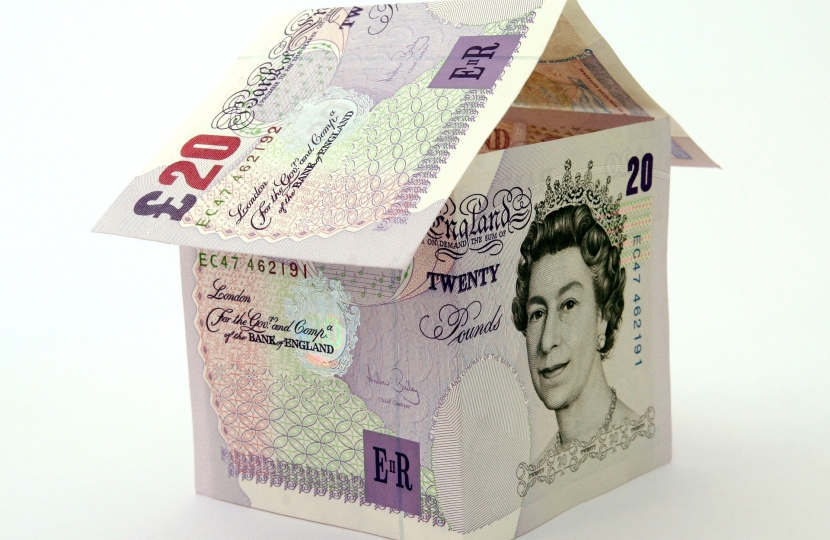 The Conservative Group Finance Spokesperson Joe Miller is asking for City Taxpayers to complete his budget survey ahead of February’s City Budget.

Council financial officers have advised that the City is facing a budget shortfall of approximately £10 million that will have to be addressed when the Budget is handed down next month.

Councillor Miller said he was concerned that the Green Administration appeared to be looking for an ‘quick fix’ with a parking permit and council tax hike plan and that instead residents should be able to provide their suggestions on where Council savings might be found, as well as their own spending priorities.

“It is obviously disappointing that the council has, through self-inflicted policy errors, put itself in a position where savings must now be found” Cllr Miller said.

“In the past 12 months alone there have been examples of over £16 million worth of waste resulting from policy errors by Labour and Greens Administrations reported by the press -  a figure which outstrips the declared shortfall for next year.

“Now the Greens are trying to fix this by passing the cost onto you, the taxpayer.  They are looking for an easy way out with policies such as increasing parking charges and council tax.

“A better approach would be to conduct a more thorough analysis of where money can be saved, without hiking taxes.

“Residents are at the coalface of service delivery and are often best placed to see how things can be done better and savings could be made.

“I am encouraging residents to make suggestions and have set up a portal on our website to receive feedback.

“I will present ideas received to the Council at the pre-budget meetings over the next month” he said.

Councillor Miller said that he also wanted to hear ‘the people’s priorities’ for spending proposals in the budget.

“We want to hear innovative and forward thinking ideas that will boost our city’s economy and recovery, not hurt it.

“There are some great cost-effective ideas out there for spending projects that will benefit the City’s economy, an example being the recent proposal to increase capacity on the Volk’s railway put forward by the Volk’s Electric Railway Association.  The Conservative Group took forward the VERA proposal to Council and it is now being considered.

“We want hear more of these cost-effective spending ideas that can benefit the City’s economy and welcome all input from residents.

“We also want to hear caring and compassionate ways forward and for the city to be more in touch with its residents than it presently is.

“It is high time that residents were involved in budget decisions and this is what the Conservatives hope to achieve this year” he said.

Councillor Miller noted that the Conservatives had a strong track record for saving taxpayer’s money through strong budget management at Brighton & Hove.

“The Conservatives’ Value for Money Programme, implemented during the last Conservative Administration between 2007 and 2011, provided major dividends for the city, saving £75 million over 4 years and £92 million before it was stopped by the subsequent Greens’ administration” Cllr Miller said.

“The Conservatives’ Value For Money programme challenged the Council to look at how as an organisation the Council could do things differently.

“The last Conservative administration also implemented several sensible revenue raising ideas, generating revenue by building new beach huts and investing in the Brighton Centre following on from the previous Labour administration who had wanted to close the diary on the venue.

“By exercising good financial management, the Conservative Administration of 2007-11 was able to deliver a dividend for the City, easing pressure on taxpayers while guaranteeing service delivery and providing continuity of employment for staff.

“The Conservatives were able to deliver Zero % increases in Council Tax over each of the 4 years it was in administration in Brighton & Hove, easing pressure on residents” he added.

Councillor Miller’s survey provides an opportunity for resident’s suggestions on saving, revenue raising and spending proposals. Residents can have their say and get in touch via his Budget 2021 survey: https://www.brightonhoveconservativecouncillors.com/budget2021

The Commonwealth, G7 and NATO Summits