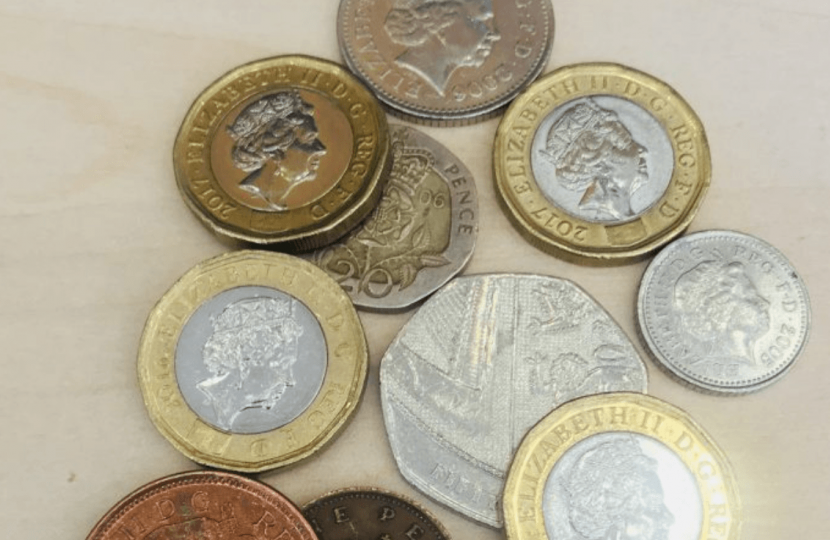 Under the previous Green Party Administration CoinCo were the contractor for providing cash collection services for Brighton and Hove City Council. They went into administration in November 2014 – owing the council £3.243m which it had collected, but not transferred, from many council establishments and parking machines.

Under Labour Chairmanship of Audit & Standards the 2.2 million owed to Council Tax payers in Brighton and Hove rose to 4m and now sits at 3.243 million. The chaotic Labour Administration, and the Green group, refused to support the amendment - which would have used just £8,000 to obtain external legal counsel that could recover £3,243,000 which is owed to the residents of our city. Labour and Green Party councillors seem keen to roll over and abandon all hope of recovering money owed to the city.

Labour Administration Not Acting In Best Interest Of City

With local elections just months away, could this be Labour and Green councillors conveniently trying to forget about what happened? It certainly does not seem like they are acting in the best interests of the Council, or the hardworking taxpayers of Brighton and Hove.

Speaking in Hove Town Hall, Cllr Joe Miller said "You don’t know, what you don’t know, what you don’t know: which our council officers were clear in the report and presentation given they didn’t know, until they ask for further expert external legal advice. That’s all we asked for, £8,000 to get expert legal advice to check that our officers’ less expert gut instinct was right in writing this £3.2m off. I am astounded other parties have written this very significant sum off without being sure we had no claim to bring against up to four separate parties."

At a meeting of The Audit & Standards Committee on 8th, the Conservative Group called for action instead of noting - in respect of a report requested by the Chair of A&SC, Cllr Joe Miller (Rottingdean Coastal), about suing the directors, bank, auditors and / or the administrators of CoinCo International Ltd (CCI).

The Conservative Group amendment requested that officers seek external legal counsel on the likelihood of success for any claim brought against all or any of the parties outlined in the report.

Speaking after the committee, Chairman Cllr Joe Miller said "Some said this was throwing good money after bad, however as we didn’t have the expert advice we did not know this for sure. The council often takes expert legal advice but not here. Why? We could have been throwing good money after good; £8,000 to get £3.2 million back is a good investment in my view. I will let the public decide if they agree."

2022 Spring Forum to be hosted in Blackpool