Katy Elizabeth Bourne OBE is a Conservative politician who has served as the Sussex Police and Crime Commissioner since winning the inaugural election in Sussex in November 2012. In 2016, she was re-elected for a second term in office with an increased majority.

After selling her leisure business in 2005, Bourne held a number of political and regional government roles from 2009 onwards. During this period, she served as a Mid Sussex District Councillor. 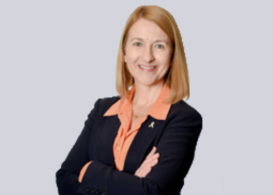